What is a “Sparrow Spooker”?

“A sparrow spooker is a device that has proven to be an extremely effective house sparrow deterrent when attached to a Bluebird nestbox after egg-laying has commenced. It is impossible for a Bluebirder to watch a nestbox 24 hours a day, but a sparrow spooker is on duty full-time, from first egg-laying to fledging day. Bluebirders have recognized the life-saving value of sparrow spookers, and some have been constructing makeshift Spookers for the past 22 years. Many variations on the original design have been tried, but the basic premise is always the same – shiny, fluttering streamers suspended above the nestbox discourage House Sparrows from entering the box, but when installed after the  Bluebirds are committed to a nesting site (once the first egg is laid) they don’t deter Bluebirds at all.”

Quoted with permission from BluebirdNut.com

Why buy one if you can make one?

For years, Bluebird landlords have been using makeshift “Sparrow Spookers” as a deterrent to House Sparrows entering nestboxes where Bluebirds had begun nesting. These have proven to be extremely effective for protecting Bluebird nestings during the egg-laying, incubating and nestling period. Sparrow spookers can be readily home made, but it is a bit tricky to put the pieces together, get the horizontal pieces at the right height, and keep the mylar from coming off. It can also require some manuevering to mount them so they don’t fall over or twist in the wind, and so the mylar brushes the roof top like it’s supposed to. Nestbox designs vary widely, and the Spooker should be positioned carefully on the nestbox to be effective. In addition, home made ones tend to not weather well. Finally, some folks just aren’t handy, and wanted a ready-made spooker that could quickly and easily be mounted on any box style “chosen” by a bluebird. But because of the challenges involved in creating a spooker design appropriate for many different nestboxes and mounting configurations, a commercial version of the Sparrow Spooker has not been available for purchase – until now!

The Universal Sparrow Spooker was designed to be infinitely adjustable for any nestbox size or style, and any mounting configuration. The design allows for both vertical and horizontal adjustment, as well as allowing for infinite adjustment of the angle of the “V” rods from which the mylar streamers hang. Constructed of sturdy yet lightweight weather-proof materials, the Universal Sparrow Spooker will give you years of service. All metal hardware included is made of stainless steel for corrosion resistance.

Installing a Sparrow Spooker is an essential line of defense against nestbox predation by these invasive, non-native birds, who can quickly ruin a Bluebird nesting, destroying eggs, and killing or mutilating helpless nestlings or adults inside the box. The Spooker doesn’t take the place of trapping and removal of House Sparrows from the Bluebirds’ environment, but it can act as an additional layer of protection for your Bluebirds during their vulnerable incubation and nesting period.

The body of the Sparrow Spooker must be installed in the mounting bracket only after the first egg has been laid, to avoid scaring Bluebirds away from using a box. However, once the birds have chosen a box and are committed to a nesting, it normally takes only a few minutes for them to accept the spooker. In fact, there are no documented cases of Bluebirds abandoning a nesting because of the addition of a spooker. The Spooker should be left in place all during the nesting process, but should always be removed after fledging. Leaving Spookers in place between nestings is strongly discouraged, as not only could it potentially discourage the Bluebirds from re-using the nestbox, but it may also result in the House Sparrows’ becoming too acclimated to the Spooker, thereby reducing its effectiveness during subsequent nestings. The mounting bracket can be left, however, making it easy to pop the Spooker back in place if the box is chosen for a subsequent nesting.

In the several years that I have been a Bluebirder, I have been a strong advocate for the use of a Sparrow Spooker on Bluebird nestboxes. In the forum I created for Bluebird enthusiasts, the Bluebird Nut Cafe, I frequently see the same question – “Where can I buy a Spooker?” The answer has always been the same – “You can’t.” So many people asked this question that I even tried to interest one popular manufacturer of bird control products in the idea of producing a commercial version – without success.

This year some of the  Bluebird Nut Cafe forum members approached Blaine Johnson, maker of the Deluxe Repeating Sparrow Trap, to ask if he might be able to come up with a design that would be adaptable to many different nestboxes and a variety of mounting configurations. Working along with us, he came up with a version of the Spooker that allows for almost infinite adjustability, making one design suitable for use on a wide variety of nestbox styles – from standard boxes to Peterson and Gilbertson boxes – and also offers quick and easy installation no matter what method has been used to mount the nestbox to a mounting post.

I’ll be using Blaine ‘s Universal Sparrow Spooker for all my Bluebird nestboxes from now on!

Cher , a/k/a the “Bluebird Nut” for her website of the same name dedicated to Bluebird education and awareness, and her Bluebird discussion forum, The Bluebird Nut Cafe.

Spring 2009 Note: We are now using a new type of mylar tape – silver on one side, red on the other – which has been proven effective in sparrow control. The new tape style is depicted below. The mounting system for the adjustable arms has also been improved and modified somewhat, so is slightly different from that depicted here. The Universal Sparrow Spooker is the answer to many Bluebird enthusiasts’ requests for a sturdy, weatherproof, adjustable, easy-to-install Sparrow Spooker. Click here for purchase information.

Here are some hints on Sparrow Spooker use from Sialis.org, another website dedicated to Bluebird education.

And a few more from BluebirdNut.com

And remember – no matter how effective a Sparrow Spooker may be:

“A sparrow spooker is an invaluable tool to protect nesting bluebirds. However, nothing besides trapping and elimination is foolproof.” Sialis.org 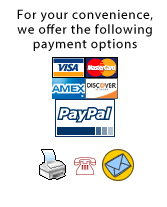